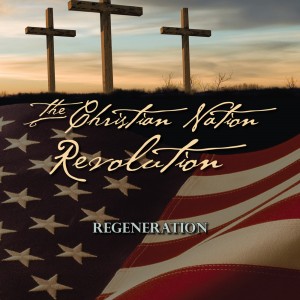 THE Christian Nation Revolution, Regeneration! The Christian Patriot’s companion to The Holy Bible! See our Three-year Rescue/Battle Plan for America!

Christian Nation? Can you prove it either way from your personal knowledge? You can with these 488 large print pages of NEW PROOF from HISTORICAL DOCUMENTS buried in the Library of Congress that America was and still is THE Christian Nation! Christian Patriots MUST know the truth!

Too few Americans today know the true history of America began in England, where the horrors of “THE Church” and “The King” burned hundreds of sincere God seekers at the stake, gutted them publicly, hung them or cut off their heads in front of their children… just for seeking God in a personal way, in worship or in a desperate desire to have a personal copy of The Holy Bible, that opened their eyes to “THE Church”.

“THE Church” for many centuries had the exclusive scrolls of scripture, so people had to attend THE Church to hear the precious word of God, which was whatever the Priest said that it said, an absolute power that created absolute corruption by evil men.

THE Church shamefully took every dime possible from the poor illiterate people, by fraudulent means they said were in the scriptures, which the illiterate could not challenge until brave men courageously printed Bibles for the people and broke the yoke of corruption of THE Church…paying the price by being hung, burned, gutted, or beheaded if they had anything to do with printing Bibles.

It was the horrible brutal alliance of “The Church” and “The King”, that created the demand for God Seekers in England and surrounding areas, to escape by loading up their families and whatever possessions they could transport across the ocean, and endure incredible brutal survival challenges every minute of every day without rest in an uncivilized land…all in order to be free God seekers, to worship from their hearts in a manner of their choosing

America is “THE Christian Nation Revolution”, an ongoing, never ending quest since the escape from THE CHURCH in England, to be God Seekers with complete personal freedom and liberty.  EVERY Generation from the beginning has enjoyed the opportunity to perpetuate that Freedom and Liberty, but ONLY by fighting to defend it against all enemies, foreign and domestic.  Every generation must win its Freedom and Liberty by fighting all who oppose it and/or would remove it if they could.

Our Founding Fathers secret to success? Unity! Unity for “ALL who believe in God of the Holy Bible” cast the wide neighbor net that starts with God’s cherished Jews and includes all others whose core beliefs are in “God of the Holy Bible”. All 55 Founding Fathers had differing personal religious beliefs, doctrines, and Church affiliations, but all 55 united “Under God”. The term “Christian Nation” has always been all inclusive “Under God”, and United the States “Under God”!

We must get our Nation back “Under God”, before turning it over to our children! Here is our Battle Plan!

THE CHRISTIAN NATION REVOLUTION…Regeneration is Step 1 in the Three-Year Rescue Plan for America!

THE Christian Nation Revolution, Regeneration, UNITING 83% of Americans, INCLUDING Jews, Catholics, Protestants, “ALL who believe in God of the Holy Bible” as our Founding Fathers accomplished!

NO DISCLOSURE = NO ENTRY ON OUR STATEWIDE BALLOT!

Join this Revolution to keep God first, ahead of political parties, religious doctrine preferences, differences, race, or other selfish interests of any kind.

Regeneration is step one.

It starts with a long look in the mirror, a refresher course in our God given Christian Heritage, and the first few months of the Rescue Plan that transfers power from our DC “District of Corruption” back to our States!

Regeneration is the first book in this series, providing Historical Documentation for all future generations to claim, protect, and defend our Christian Heritage against all opposition. This is the foundation upon which people of God will have to defeat those in opposition, stop the current way of life of the Federal Government and start a new way of life for our Country. Revolution requires Regeneration, never returning to the old way of life, always embracing Spiritual or Moral Revival for constant improvement.

BOOK 2, Reformation…”To improve by alteration, correction of error, or removal of defects; put into a better form or condition”.

Once Regeneration has started, Reformation is process of correction of error, removal of defects, in this case those errors and defects that corrupted our Federal Government and put it into a better form or condition. The second book in this series provides the second set of actions vital to continue the process of improvement.

Restoration of the United States of America to the former condition our Founding Fathers established, as being THE Christian Nation, the gift of God to Christian Patriots, past, present, and future. The third book in this series focuses on alignment of the Country to God of The Holy Bible.

The Purpose and Mission of every Christian Patriot, in every generation, must be to achieve and maintain Righteousness, NOT PERFECTION, but a State of Integrity. The last book in this series details the maintenance and defensive plan to keep THE Christian Nation Righteous by insuring it remains “Under God”.